It’s tempting to dive right into your favorite songs and riffs when you first start learning to play the guitar, but it’s best to start with the fundamentals: learning beginning guitar chords. You may make a tremendous difference in your progress on the guitar if you know what the most crucial first chords are.

Guitar chord progressions for beginners are covered in this article. Prior to that though, let’s examine how to learn the chords on a guitar.

What Are Guitar Chords?

Chords are made up of two or more notes that are played together. Several beginner guitar chords are made up of just two notes, but there are many more complex ones that have four or more. The cornerstone of the guitar is its chords, and mastering even a few of these will enable you to perform countless tunes. 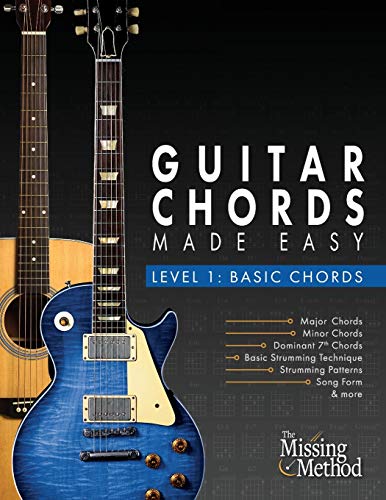 The chords below will open up a world of guitar possibilities once you learn them. Master these few basic chords and you will be able to start learning a variety of great songs! As a reminder, when first started, the positioning of your fingers and movements are going to feel awkward. Don’t worry or get frustrated, over time you will start to develop muscle memory and the shapes will become second nature.

Beginner guitarists often come across the chord ‘A major,’ which is a common first chord in the key of A. In spite of the fact that it isn’t particularly difficult to play, it does present a challenge to a novice who prefer to perform simple guitar chord patterns.

Take your playing to the next level by learning some songs, see 10 Easy Beginner Guitar Songs to Learn

a significant amount of Some people, particularly those with large fingers, may find it difficult to squeeze three fingers into a single fret. Despite this, it’s an essential chord to know how to play because it’s so widespread. We need a simple solution!

As an alternative to the A major, you can choose the Asus2. As you can see, it’s a lot easier to play this chord because it only requires two fingers and they’re neatly bundled together. This is one of the simplest guitar chords you’ll ever find.

Strumming the chord without making touch with the sixth string is the sole obstacle to be overcome here (the thickest string). It’s more vital to become used to handling the instrument and strumming than it is to fret about missing the first string.

A minor (Am) Chord

An ‘A minor’ chord is a common one on the guitar as well. For beginners, this chord is essential.

To play a minor chord, most people just need to practice for a couple of weeks to get the hang of it. However, because it requires three fingers to play, the complexity level goes up. Below are the shape and finger positions for the A minor chord.

Play the 2nd string/1st fret with your first finger

On the 3rd string/2nd fret, place your third finger.

Open the first and fifth strings.

String 6 has been muted.

Am7 is a great A minor scale for beginning guitarists. There are only two fingers needed to play this chord, and as you’ll discover later, it has a very similar shape to the C major chord. There are several reasons why A minor and C major are so tightly linked, but we won’t delve into them here. As a result, Am7 makes a wonderful bedfellow! It’s extremely simple to go from C major to Am7. (And the other way around.)

Em is the first chord you should master on the guitar. For more than just its ease of use, it is one of the most frequently utilized guitar chords in the music industry. Minor is denoted by the tiny m following the E. Major is an understatement when it comes to sound. 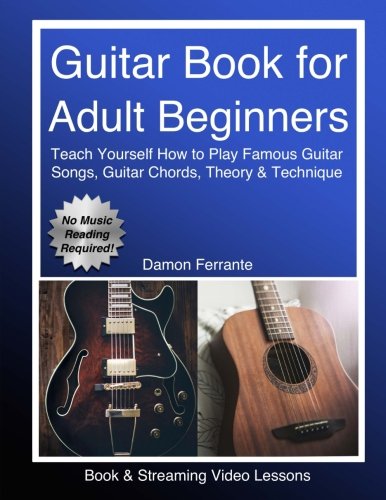 Your first finger should be placed on the 5th string/2nd fret with your index finger.

C, or C major, is the second most important beginner guitar chord. Using the word “major” in the chord name isn’t necessary. When you mention “C chord,” people automatically believe you mean “major chord.” The X in the guitar chord chart indicates that you should not play that string, or mute it.

Another three-finger chord is C Major. Many works of popular western music incorporate it. Learn this one or you’ll be sabotaging yourself.

Play the 2nd string/1st fret with your first finger

Put your third finger on the third fret of the fifth string.

Strings 1 and 3 should be played open.

String 6 has been muted.

For G Major, all you’ll need are three fingers. While it may be a struggle for younger students, senior students are able to quickly master this chord.

Need a guitar, see our Top Electric Guitars Under $500

Your first finger should be placed on the 5th string/2nd fret with your index finger.

To play the 6th string, place your second finger on the third fret.

Place your third finger on the third fret of the first string.

The last guitar chord for beginners we will cover is the D minor. To play this chord you will want to

On the first string, place your index finger (or 1st finger) on the first fret (high E).

Your middle finger should be on the third string’s second fret.

Place your third finger on the third fret of the B string with your ring finger.

A good place to start is the fourth (D) string, which is where your fingers should be placed. The 5th (A) and 6th (low E) strings should not be played.

How to Practice Guitar Chords for Beginners

Play the chord’s notes one at a time, making sure that each note is heard.

Switching chords while keeping a steady pace is an important skill to learn. Try not to stop, the goal is to learn how to swap between the chords so that you can get the optimum sound (without stopping). While you’re strumming, fix any issues that come up.

Maintaining a consistent practice schedule is the key to achieving success. Slowly increase your speed of play as you gain proficiency in finger placement.

After you have mastered some of the beginner guitar chords, you will want to move onto chord progressions. Simply put, a chord progression is a series of chords. There are several different ways to arrange chords and you will find some work better together than others.

Do the following with all of the guitar chord progressions covered in this lesson.

For each measure, strum only once on beat 1. You’ll have plenty of time to reach the following chord because of this.

Try strumming just on beats 1 and 3 for a second time to see how it feels.

In the end, strum all four beats.

Use a metronome to help you keep a steady beat on these exercises. It is possible to get a free metronome app for your smartphone.

Now that we’ve covered the fundamentals of reading chord diagrams and practicing with chords, let’s have a look at some tunes that make use of these concepts.

There are only three chords in Lynyrd Skynyrd’s Sweet Home Alabama, making it a popular choice for beginning guitarists.

You Make My Dreams Come True G, C, and D chords are used in the key of G. 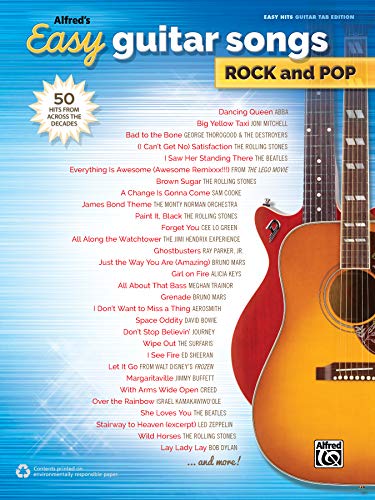 It’s in the key of Em and uses the chords C and several versions of Em. Eleanor Rigby by the Beatles

Green Day’s “Time Of Your Life”: The power chords G, C, Cadd9, and D5 are used in this song. You can, however, use a conventional D major chord instead of a power chord.

Wheezer’s “Island in the Sun” is built around a simple four-chord structure. Em, Am, D, and G. A fantastic opportunity to learn open and power chords is found in the song’s bridge.

It is a song written in the key of Fm by Green Day and has the chords Em, G, D and A. Open and power chords are utilized toward the end of the song, making this a fantastic piece to practice them on.

By Learning just a few of these guitar chords for beginners you will be on to strumming songs in no time. If you have any questions on the chords just let us know in the comments below. Stay tuned as next up we will be doing a detailed article on different strumming patterns to use with the chords to start making songs.

13 Fun Songs to Learn on Guitar – Easy to Learn 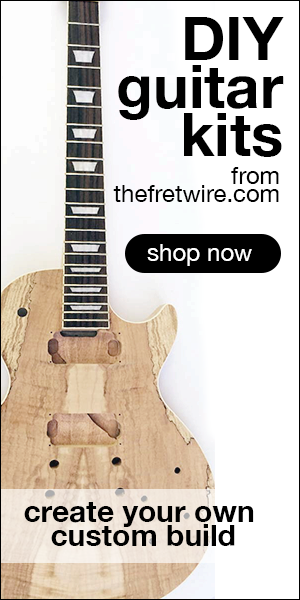